Notice: wpdb::prepare was called incorrectly. The query does not contain the correct number of placeholders (2) for the number of arguments passed (3). Please see Debugging in WordPress for more information. (This message was added in version 4.8.3.) in C:\Inetpub\vhosts\amd.gov.af\httpdocs\wp-includes\functions.php on line 5315
 Sand and Dust Storms – Afghanistan Meteorological Department

A dust storm is a meteorological phenomenon common in arid and semi-arid regions. Dust storms arise when a gust front or other strong wind blows loose sand and dirt from a dry surface. Fine particles are transported by saltation and suspension, a process that moves soil from one place and deposits it in another.

Interaction with weather and climate:

Aerosols, particularly mineral dusts, impact weather as well as global and regional climate. Dust particles, especially if coated by pollution, act as condensation nuclei for warm cloud formation and as efficient ice nuclei agents for cold cloud generation. The ability of dust particles to serve as such depends on their size, shape and composition, which in turn depend on the nature of parent soils, emissions and transport processes. Modification of the microphysical composition of clouds changes their ability to absorb solar radiation, which indirectly affects the energy reaching the Earth’s surface. Dust particles also influence the growth of cloud droplets and ice crystals, thus affecting the amount and location of precipitation.

Airborne dust presents serious risks for human health. Dust particle size is a key determinant of potential hazard to human health. Particles larger than 10 μm are not breathable, thus can only damage external organs – mostly causing skin and eye irritations, conjunctivitis and enhanced susceptibility to ocular infection. Inhalable particles, those smaller than 10 μm, often get trapped in the nose, mouth and upper respiratory tract, thus can be associated with respiratory disorders such as asthma, tracheitis, pneumonia, allergic rhinitis and silicosis. However, finer particles may penetrate the lower respiratory tract and enter the bloodstream, where they can affect all internal organs and be responsible for cardiovascular disorders. A global model assessment in 2014 estimated that exposure to dust particles caused about 400 000 premature deaths by cardiopulmonary disease in the over 30 population.

Sources of sand and dust storm in Afghanistan:

The Hamoun lakes are situated roughly at the termination of the Hirmand river’s inland delta. The Hamoun lakes complex (Hamoun-e- Puzak , Hamoun-e- Sabori and Hamoun-e Hirmand and Baringak) is a shallow, marshy lake , located in the Sistan region of eastern Iran and western Afghanistan. It is fed by the Helmand River, which starts in the Hindu Kush mountains in Afghanistan.

The Hamoun (dry) lakes in the south west of Afghanistan is a dust source region in southwest Asia , often producing intense dust storms that cover the Sistan region in eastern of Iran and the southwest of Afghanistan and Pakistan and influencing the air quality, human health and ecosystems as well as aerosol loading and climate from local to regional scales . Particles from the Hamoun dust storms might also cover farms and grasslands to result in damage to crops and fill the rivers and water channels with aeolian material. Over recent years, tens of thousands of people have suffered from respiratory diseases and asthma during months of devastating dust storms in the Sistan. 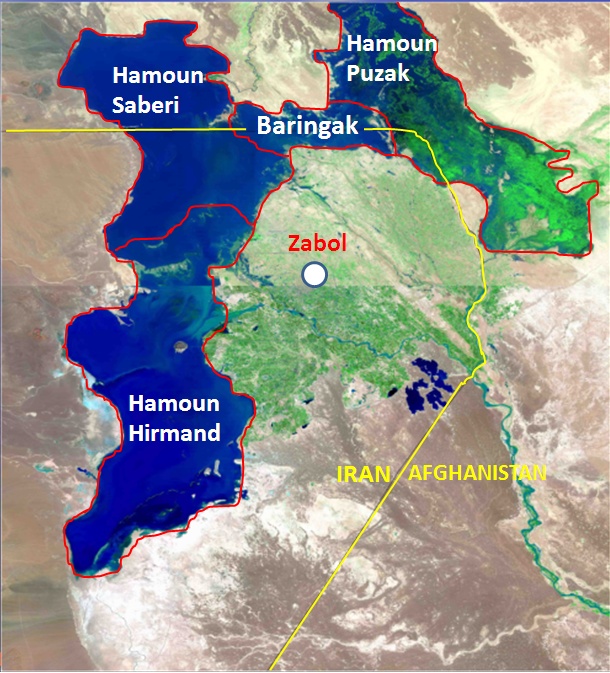 Balkh’s desert lies to the North towards the Amu Darya River. 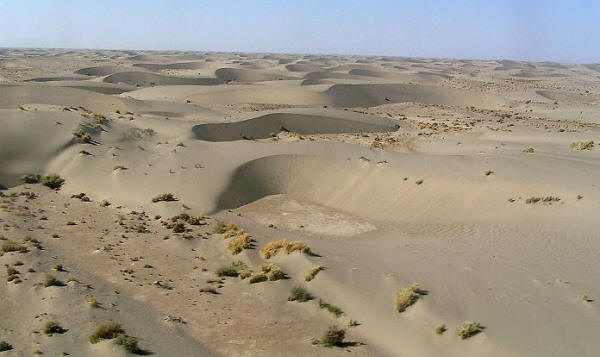